Security expert Will Griffith has been hired to secure the mansion of South American expatriate Hector Mejenes, who has had attempts made on his life, upon the insistance of his American wife, Marilyn. Now the neglected wife finds herself attracted to the security guard and vice versa. Shannon Tweed replaced Tanya Roberts, the star of the first "Night Eyes". How to Get Revenge

A dark and humorous take on how to get revenge on those that have wronged you, hosted by Linda Blair (The Exorcist). A plump loser, after being left at the altar by his fiancée, is invited to Christmas dinner by a beautiful woman, but her family are cannibals who intend to have HIM as the main course. It's Anthony Perkins only directorial effort other than "Psycho III". A family is executed by soldiers for cannibalism - except for the little girl, Katy Bane McKay. She is adopted by Judge Mackay and goes home with him to Canada, where she grows up with no knowledge of her family's past. Then, in the present, several deaths occur and people begin to think it's Katy Bane McKay. Amy and three friends go on a camping trip in the New Jersey woods only to have their trip interrupted when they run into a trio of kill-crazy cannibal mountain men who proceed to taunt, stalk and kill them one by one until none is left. A young man gets a job repairing hot tubs for the rich and famous in Tinseltown, thanks to his parents. As he moves from one bubbly tub to the next, sexual situations change accordingly. 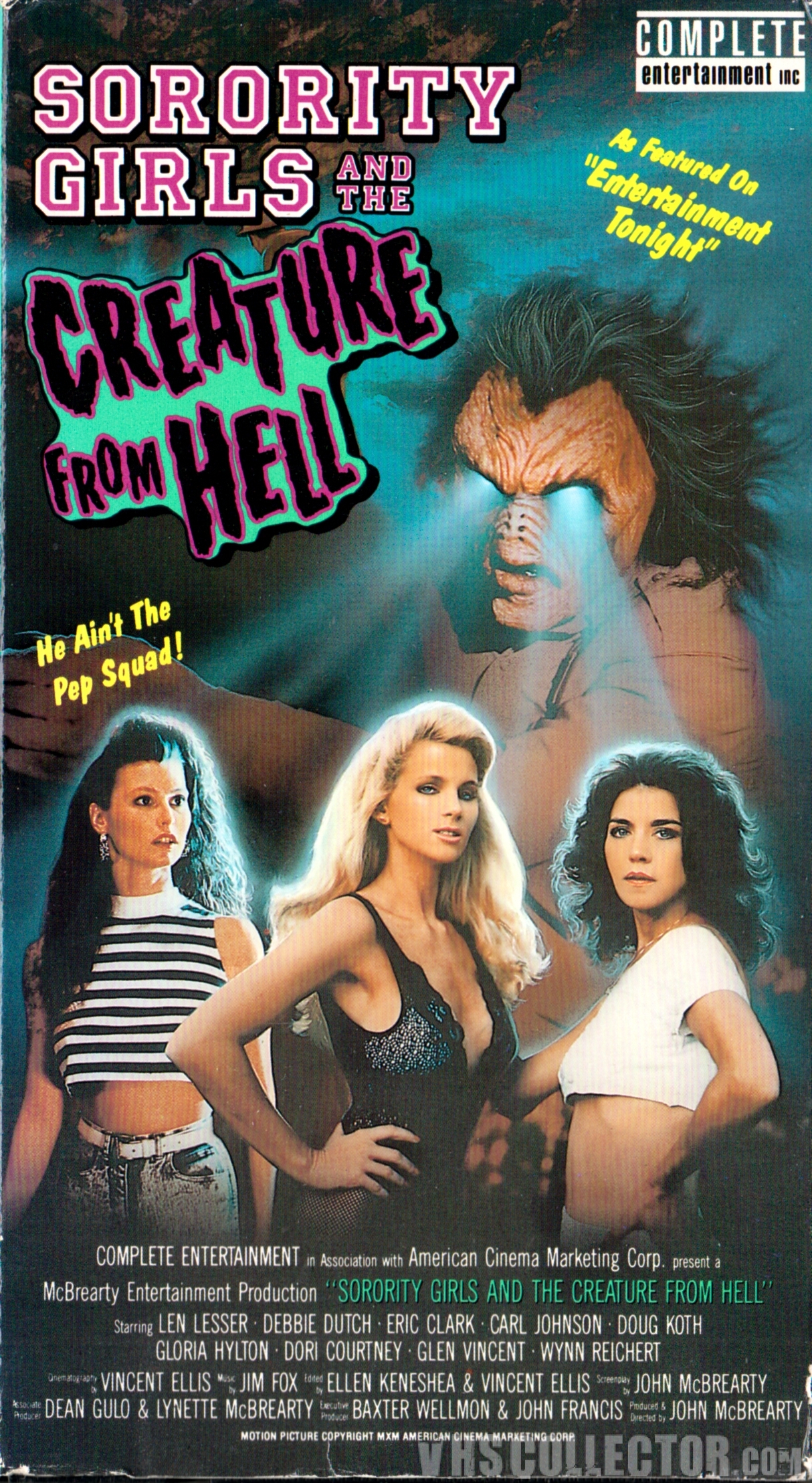 Sorority Girls and the Creature from Hell

A group of sorority girls go up to a cabin in the woods accompanied by some boys. To their dismay, there is an escaped convict on the loose as well as the uncle of one of the girls. It's too bad that Uncle Ray is possessed by an Indian spirit turning him into a monster with a need for human blood. Sorority Babes in the Dance-A-Thon of Death

Four sorority sisters conjure up a demon from hell from within an ancient crystal ball. One girl turns into a rampaging ghoul bent on raising hell through partying! Only two elderly antique dealers can rescue the gals, who've taken their ghoulfest to the discotheque and turned it into the dance-a-thon of death! Rival health club owners enter an aerobic competition to prove which is superior. The main characters seduce each other while lifting weights and then have sex on gym equipment. What do you get if you mix Flashdance and Karate Kid? This ripoff by a one-movie director. A small dancersize studio fights for its existence against the unscrupulous owner of a rival club. The conflict boils down to a "Dance Marathon" to settle the score.